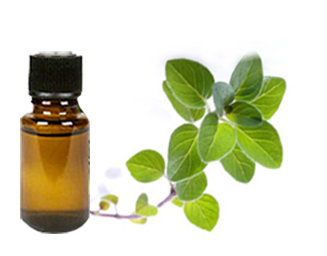 For Online Shopping   For Bulk Enquiry

Oregano Oil which is distilled from the flowers and leaves of the oregano plant could be one of nature's most powerful antibiotic.This versatile oil can be used in different ways to help defend you from infection by dangerous bacteria.You want unbiased facts about oregano oil but don’t know where to look. Searching through thousands of other websites would be such a pain. The fast and simple overview explaining the proven and result-oriented benefits of oregano oil, in the least amount of words, is all you really want and it’s exactly what you’re going to get… right now!


Native to the Mediterranean, oregano oil, also called oil of oregano or wild oregano oil, is a powerful therapeutic oil with targeted health benefits.Oregano oil contains a compound called carvacrol.Some studies have shown that Oil of Oregano is effective at killing bacteria and could also help the immune system take action against viruses, fungi and parasites.In Today's age thousands of people are suffering from digestive, mental and skin problems and oregano oil is a miracle to fight with these diseases, So use Oregano Oil to get all advantages of it.

Here are some potential benefits & uses of Oregano Oil-

Some of the specific benefits of Oregano Oil are:

There are some common medical Oregano Oil uses-

What Oregano Oil Can Do

The purifying, medicinal benefits in wild oregano oil come mainly from two compounds, carvacrol and thymol, with carvacrol being the major component effective in disabling harmful microorganisms and fighting infections.Only an oil containing more than 70 percent of carvacrol concentrate is considered true oregano oil.Oil of oregano’s most powerful medicinal punch is its antimicrobial feature. The natural, essential oil starves the most stubborn biological toxins and encourages immunity. It acts as an herbal multivitamin with A, C and E complexes and healthy minerals including zinc, copper, phosphorus, magnesium and iron.The calcium content of just 100 grams of oregano oil equals 16 times the calcium found in milk.